How to Surprise your Boyfriend Sexually

Sex is an important factor in any romantic relationship and as such it is a sector that deserves an adequate amount of focus committed to it by both parties. Though there are more aspects to a relationship than sexual activity, it can still play a large role in maintaining the romance levels that exists between couples. There are a number of elements that can be used to judge the kind of love life that a couple enjoys, such as the frequency with which they engage in sexual activity, the pleasure derived from this activity by both parties, and the anticipation that remains for those involved when it comes to sexual encounters. Ensuring that the fire does not die down in this department can be easier said than done, especially when a couple has been together for a long period of time. One great way to keep the fire burning, so to speak, can be through surprising one’s boyfriend every now and then with regard to sexual matters. 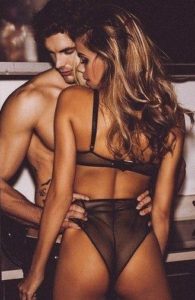 A sexual surprise in this case can refer to the addition of a new element in a couple’s love life when it comes to sexual encounters. This addition does not necessarily have to be something that one’s partner has never even thought of, and could be the simple inclusion of an activity that the couple has never tried before, or do not do quite often. These surprises could install a level of spice to the bedroom, enhancing the amount of pleasure that the couple is able to enjoy.

Some of the things that an individual is able to do in order to surprise their boyfriend sexually can include but are not limited to:

There are usually a number of positions that a person’s boyfriend may have wanted to try at one point or another, but did not get the opportunity due to the reluctance of their partner. A great way to sexually surprise one’s boyfriend is through offering to try these positions after all, if only to see if it is enjoyable. This surprise can work both ways as one might find out that despite their initial hesitance, they end up liking these new methods once they have experienced it. It should be noted that these positions do not have to be wild, Kamasutra inspired approaches, and could be a simple encounter that one has never tried before. One can also choose to conduct a research on new positions they might not have been aware of, before implementing their newfound knowledge in bed. Should one take the latter approach, they will need to be reasonably sure that the position in question is something that their boyfriend would enjoy.

Playing dress-up should not be limited to Halloween functions and costume parties alone, as the inclusion of a sexy outfit can be a great way to stimulate the love life of a couple. One can choose to greet their boyfriend at the door in a sexy teacher costume, naughty nurse getup, or anything else that is likely to turn their partner on.
Sexual surprises can be a great way to maintain the fire in a relationship, and something that everyone should take into consideration every now and then.